You are not connected. Please login or register

Just a discussion thread for those of us that read Bleach...

What do you guys think of the new storyline? I think that they should have stopped the storyline when Aizen gets defeated... but Kubo loves him too much and has to give him his powers back! I think they should have focussed on Isshins past... he seems a lot more interesting! He's obviously an ex-captain... but how come no-one has ever mentioned him before in Soul Society?

As for the current story... is Ichigo turning into a Quincy?
AniLiem

i wonder if this "soul material" guys can really give Ichigo's power back as Shinigami and if they can what is that they gain from it ?

and if this is the deal why they need Chad ? also why the attack on the Quincy ? and why this that guy transform his necklace into a sword ?

Sorry, what I mean by turning into a quincy is that he will be getting powers similar to them. Quincy's absorb spirit from the particles around them, like how the dude summoned the spirit from the drink ... so is Ichigo gonna have that? In which case, he won't really be a shinigami.

Also, rather than turning the crucifix into a sword, do you think he had turned his sword into a crucifix? Remember how he was saying when people use tools they're familiar with, they seem to be better and can use it more proficiently? I think because he's so familiar with his weapon, he could change its form into something else (a crucifix in this instance).

I think Isshin has had something to do with them... used to be part of their group once upon a time. But I'm dying to find out more about Isshin!
AniLiem

so what i am thinking is this:
1) this guys gonna bring Getsuga back from the dead lets say - like find the interior part of Ichigo's soul where Getsuga "is hiding" and call him from there;
2) and crucifix turning into sword and back isnt it sth like Ichigo's normal sword and Bankai sword --> guess he inherited that from Isshin;
3) and yeah i wanna know more about Isshin also --> maybe this guys were an elite force of Soul Society and they were discarded cause of some incident or sth;

as i see it now in this arc we will know sth more about isshin so we need to be patient
arc for now is mega boring and nothin is goin on
ichigo do opposite what he wanted at begining ;o
sayd he wanted easy life etc and now all this

Hrmm... they will all sacrifice their powers and give it to Ichigo? Something smells fishy!

And who was the one to attack Ishida and whats his aim?
Necroloth

now I am supremely bored with Bleach... somebody wake me up when something interesting actually happens!
K/\im 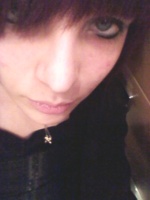 I agree with you Necro. It's way too boring atm in bleach... I say stop talking for ages and bring on the action!
Necroloth

urgh... this new arc with the Fullbring started off promising but now it's gone formulaic again :s why do these 1v1 fights all the time?!? Just haev a royal rumble!
Necroloth

KoLin
Survivor of the Wildlands

omg Bleach is still alive? I stopped to watch this ~300 episode... or even earlier...
AniLiem

and yeah i agree
byakuya rocks